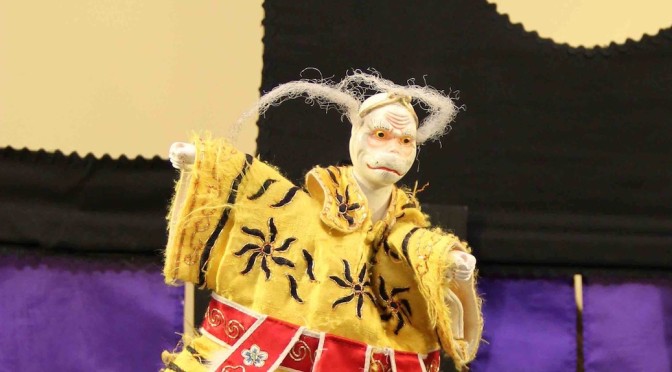 The Chinese Monkey King soars into the heavens and delights in his new job in the Heavenly Peach Garden. But when he discovers he has been left out of the Jade Emperor’s Peach Blossom Banquet, Monkey flies off to make mischief in the Heavens. This lively episode of the Chinese epic Journey to the West features traditional (掌中戲）hand puppets and choreography which I studied with the I Wan Jan Traditional Hand Puppet Troupe in Taiwan (亦宛然掌中劇團）. The show is best for ages five and up.